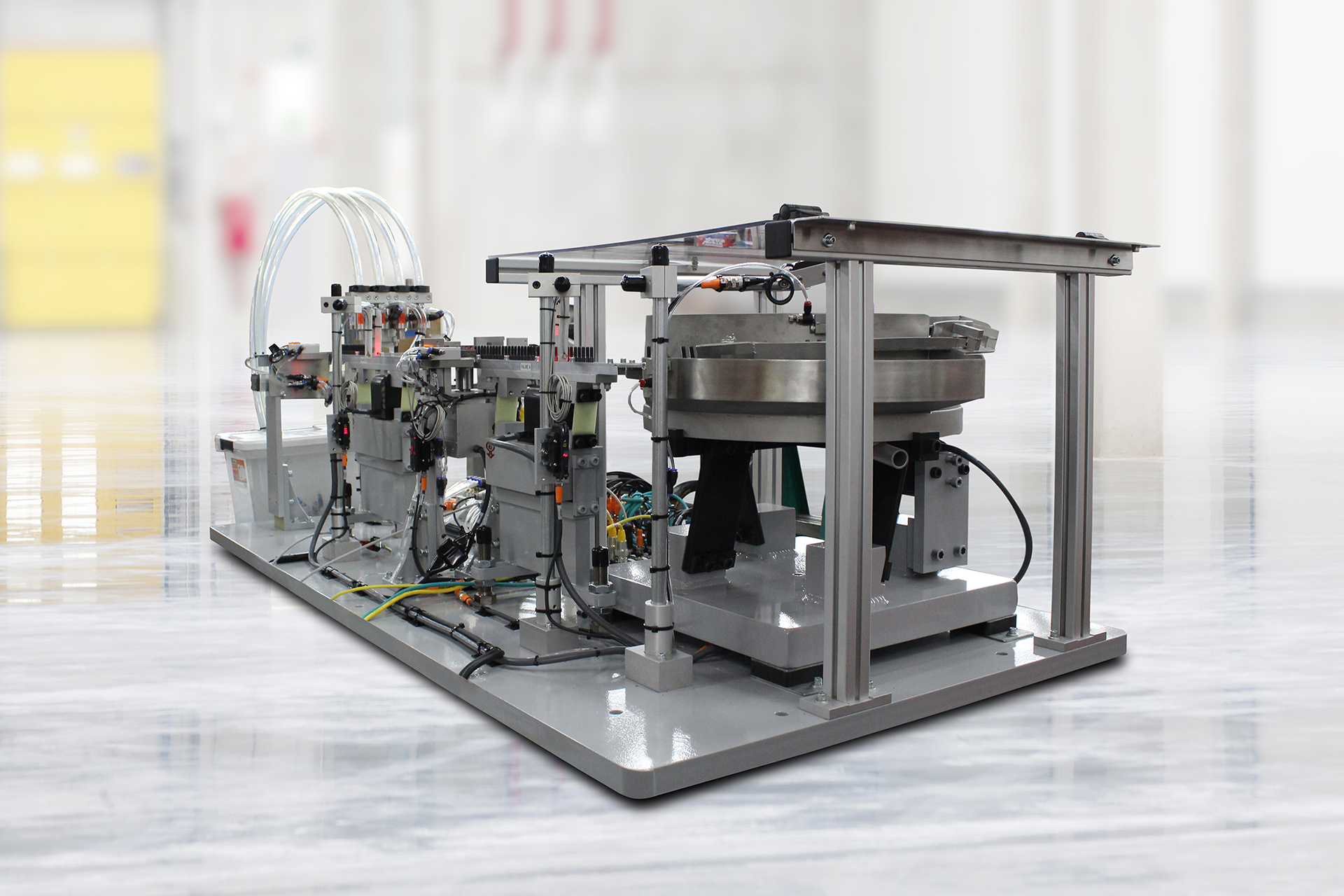 The vibratory feed system pictured was designed to feed an M6 Flat Head Fastener at 40ppm, rejecting wrong length screws and delivering a count of four fasteners of the correct length to the customer’s receiving system. A laser sensor inspection station was integrated into the system’s feeding process to ensure 100% accuracy of part length at the final presentation. 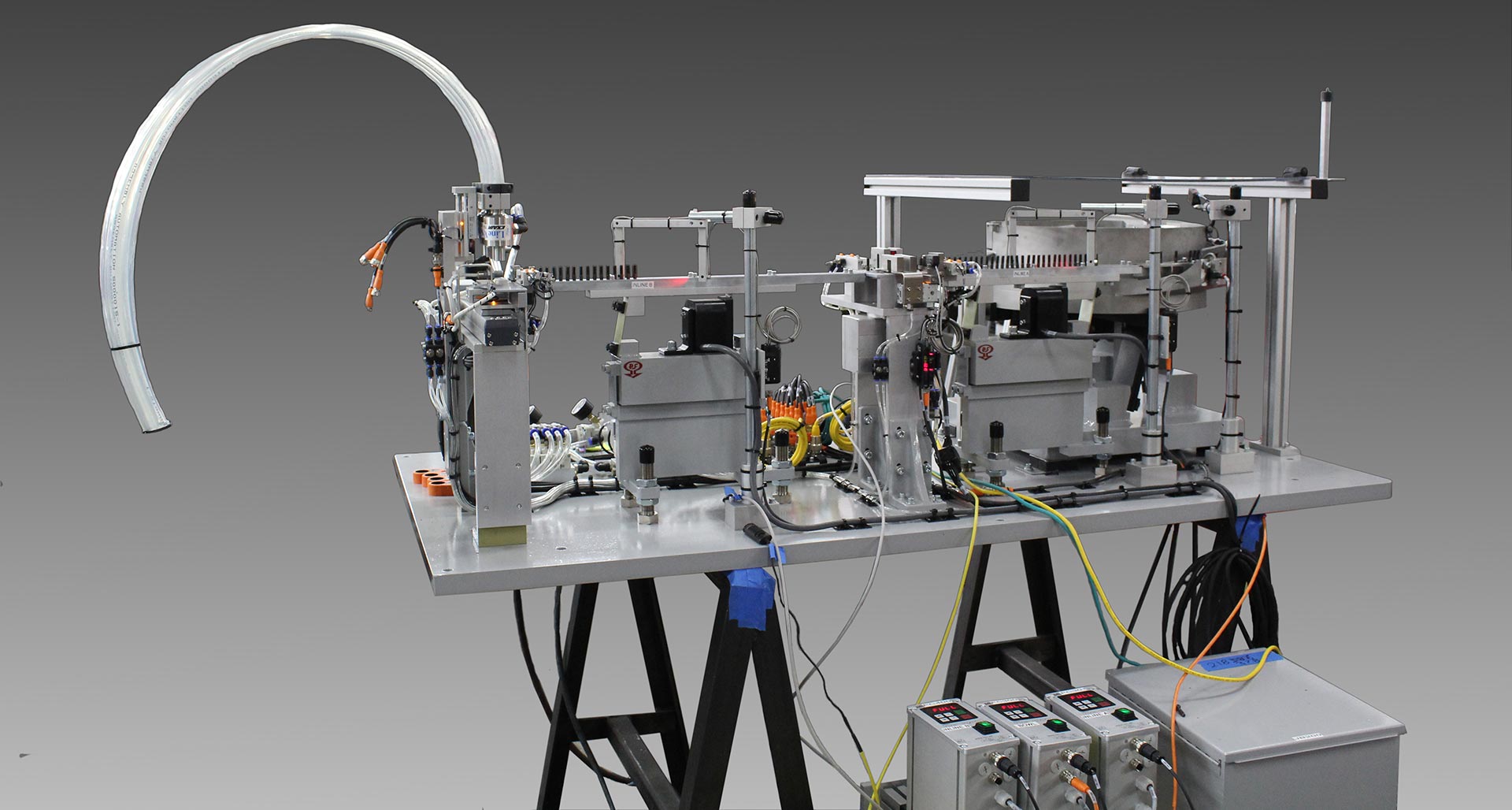 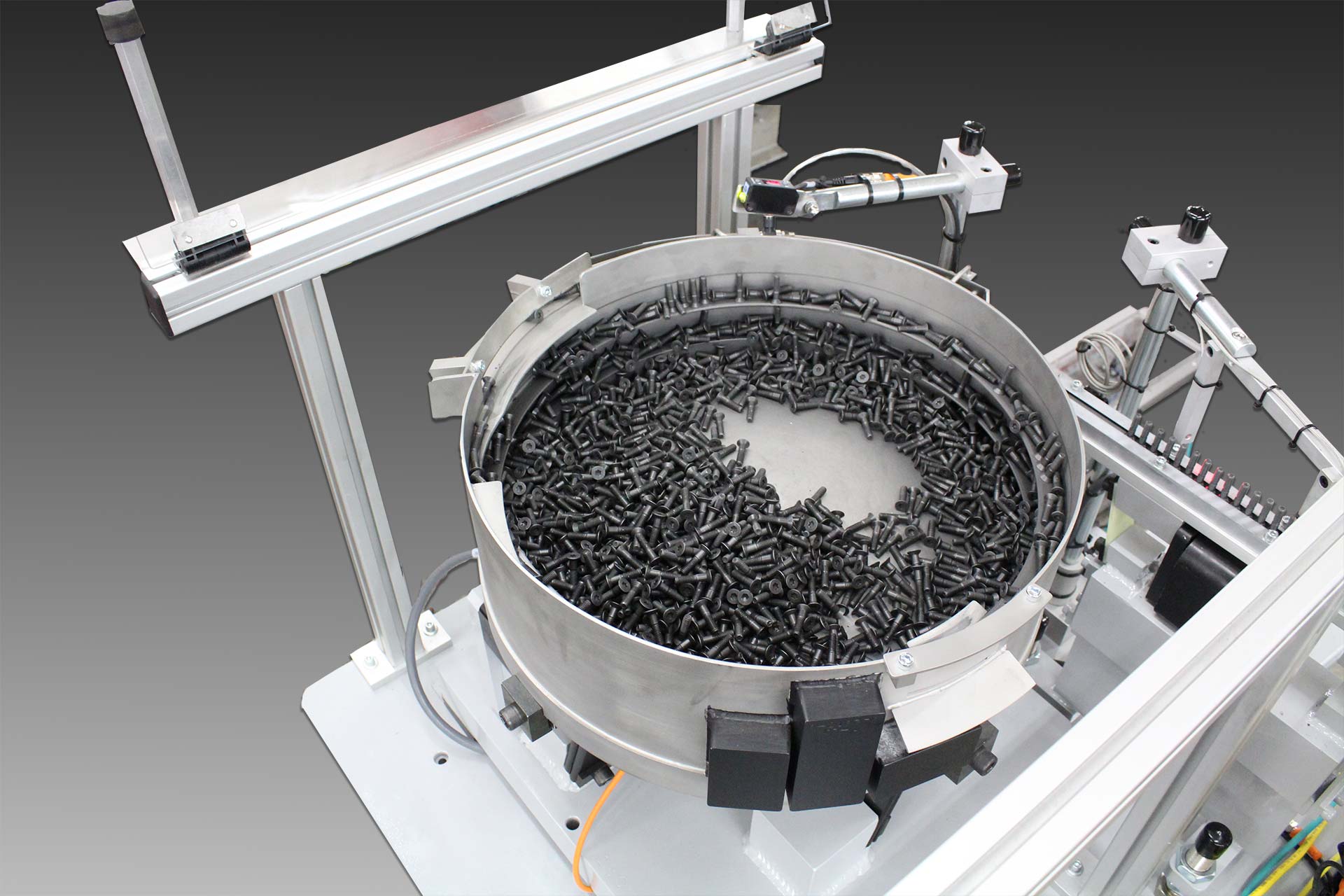 The vibratory bowl feeder included a bowl level sensor to alert for the need for a new supply of parts. The parts were oriented in the bowl, threads up, to feed into a linear track as they discharged from the bowl. 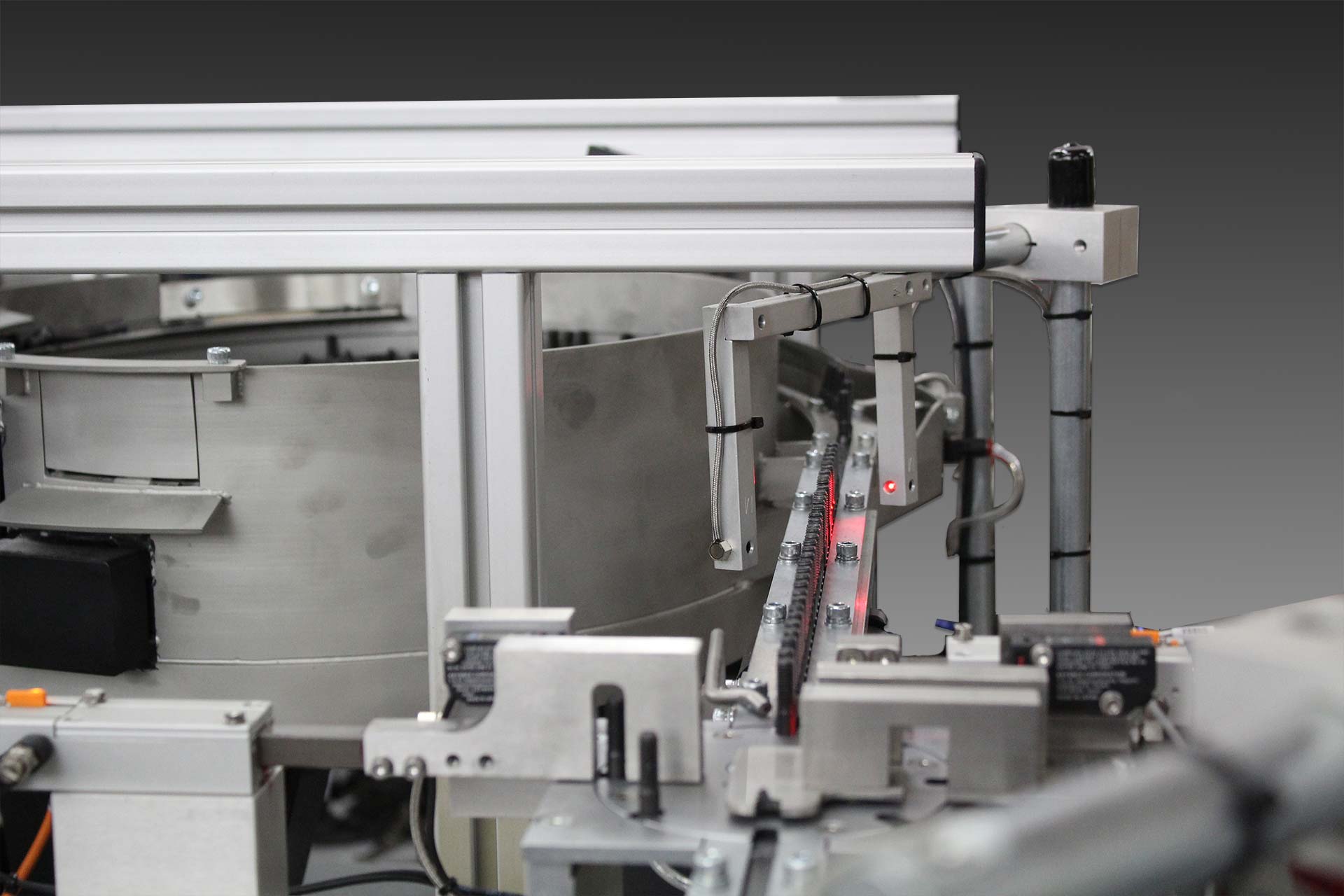 A high track sensor detected the presence of parts within the track and maintained the part supply transferring to the rotary indexer for inspection. 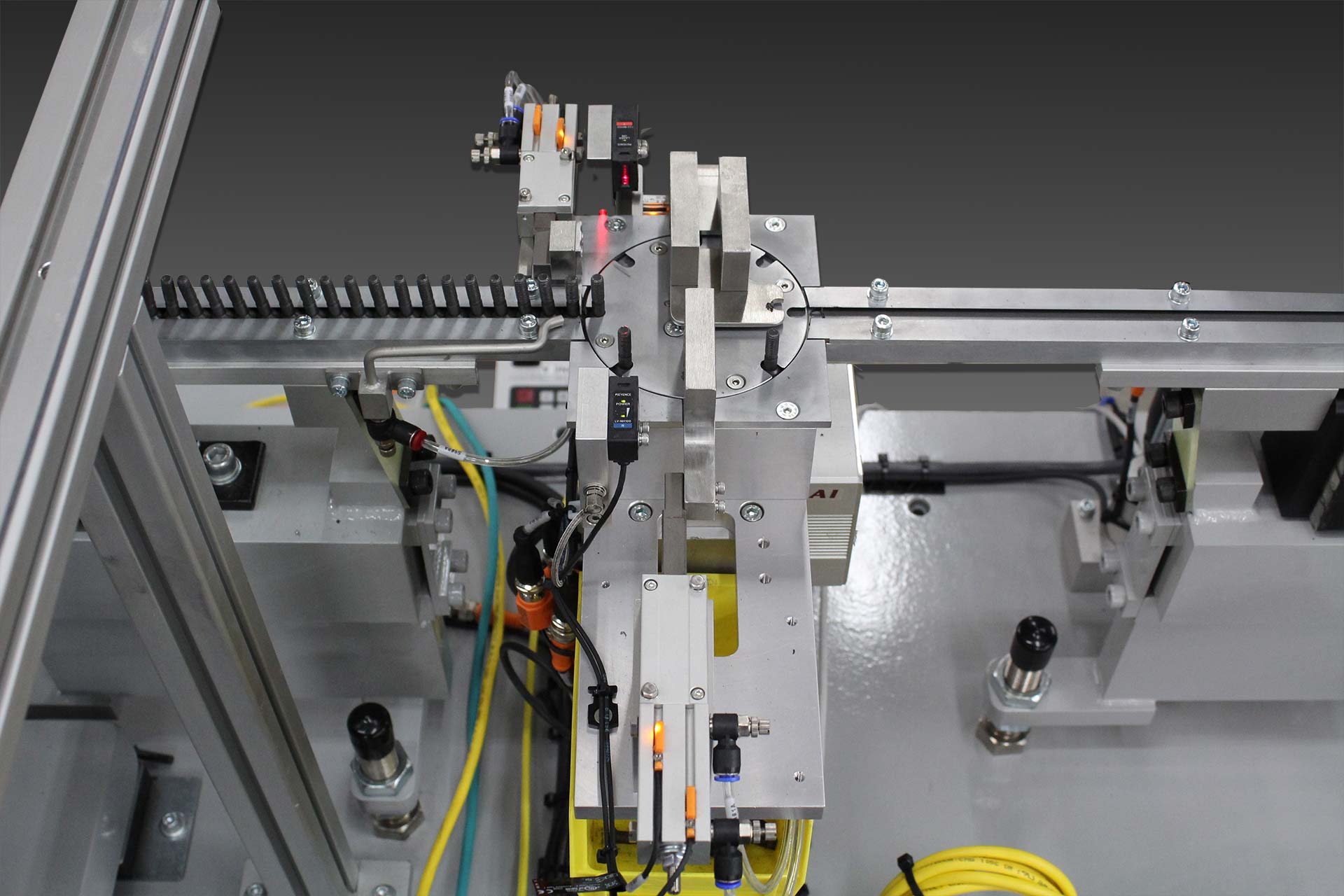 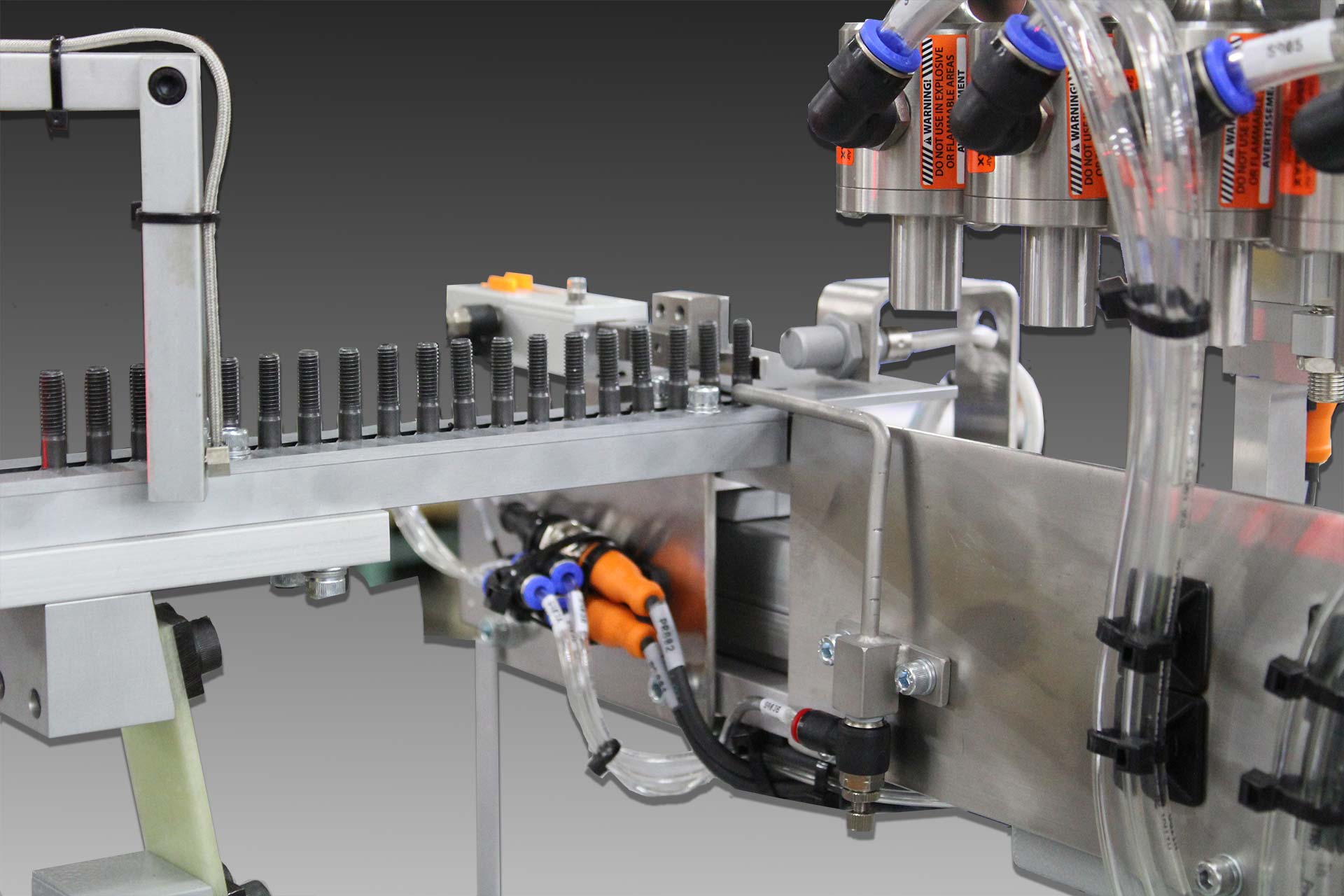 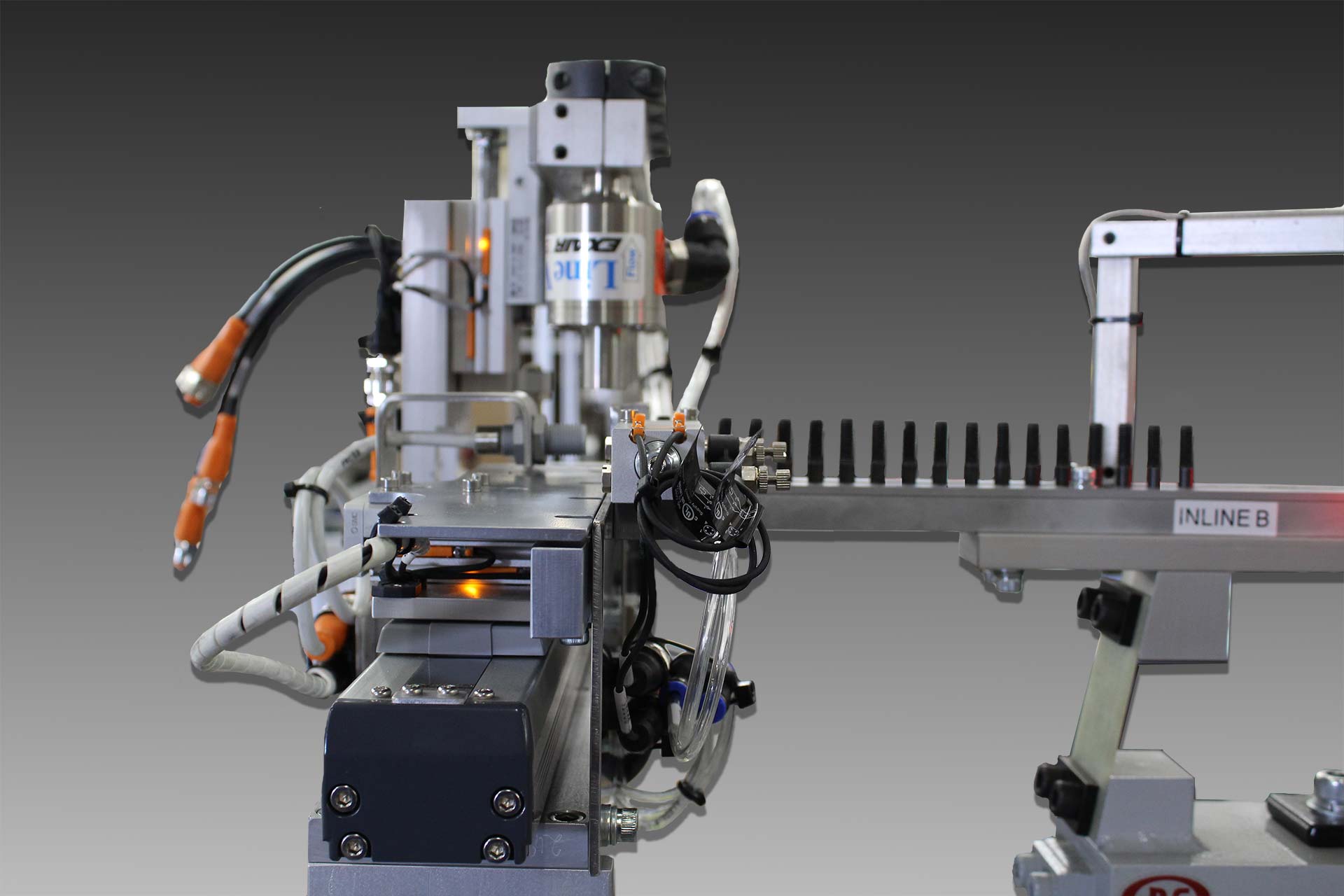 The second linear track queued the qualified parts for transfer into the 4-pocket sliding linear indexer at the end of the system. 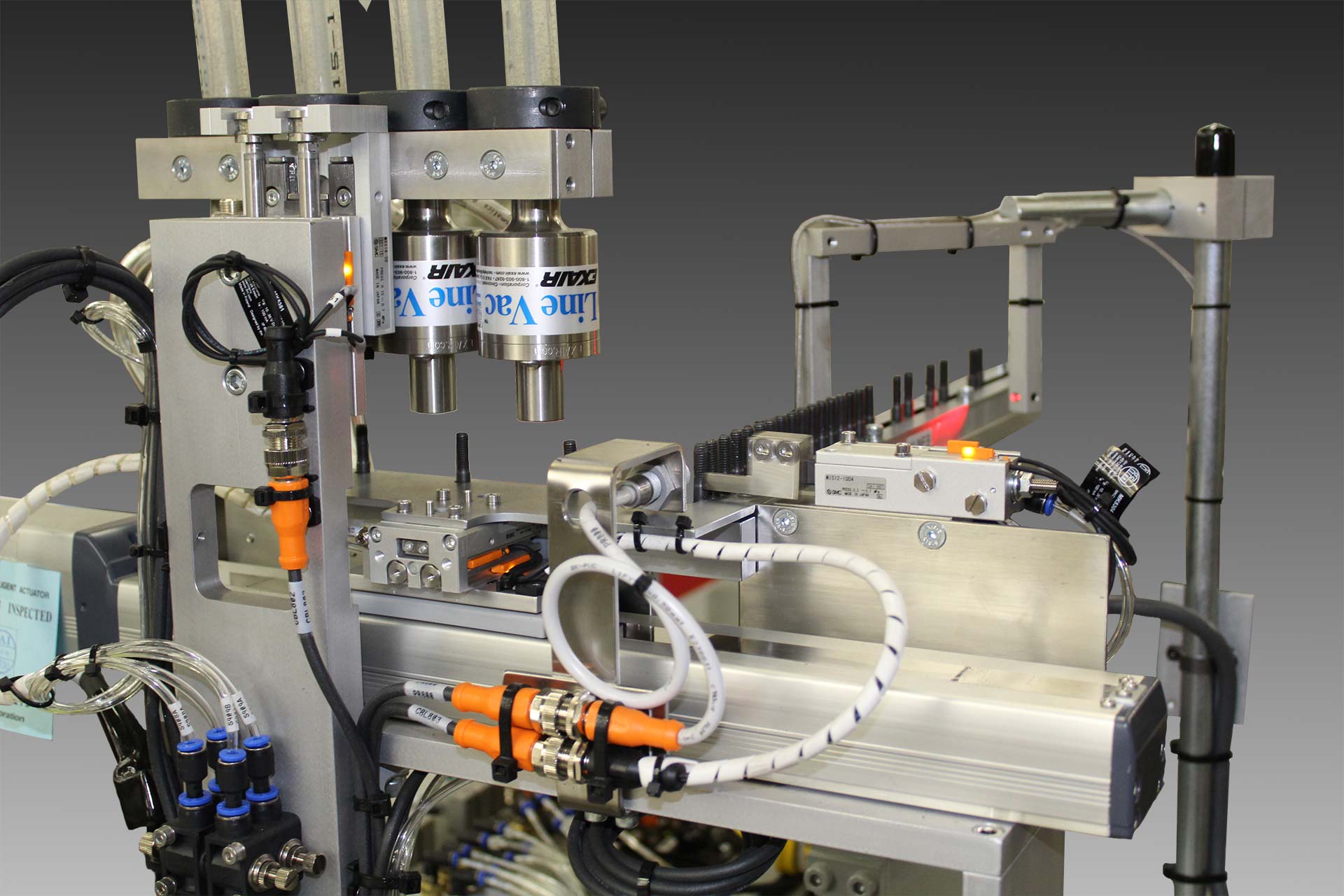 A holdback finger at the end of this second linear track, triggered by the proximity sensor detecting a part present in the receiving sliding indexer, allowed one part at a time into the indexing slide which loaded a count of 4 screws.
Once 4 fasteners were secured, the indexing slide moved into position beneath a second linear slide with 4 vacuum heads. This slide lowered the vacuum heads to encase the fastener bodies.
The part confinement retracted away from the screws allowing the parts to be vacuumed through transfer tubing to the customer’s system.