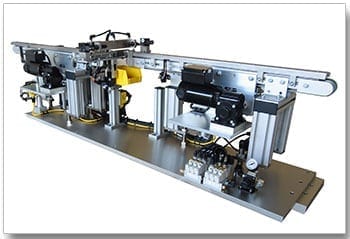 This custom conveyor system was retro-fitted to a vibratory feeder bowl to accommodate a part change that required a secondary inspection operation. The system consisted of a pair of Auto-Kinetics belt conveyors with custom tooling to maintain part orientation, and a 3-position shuttle mechanism between the conveyors. 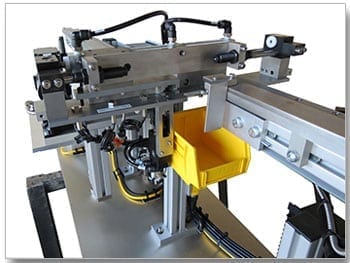 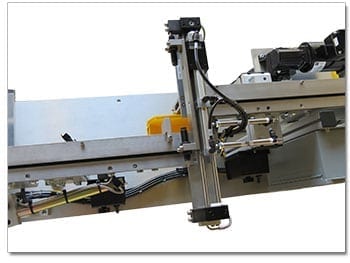 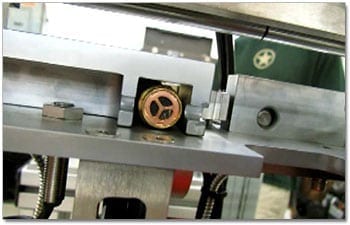 This photo shows a part in the left position of the shuttle after the escapement finger has lowered, allowing the customer’s camera to view the part for inspection.

This short video demonstrates a part in the shuttle after the escapement finger has lowered, allowing camera to view and inspect the part.