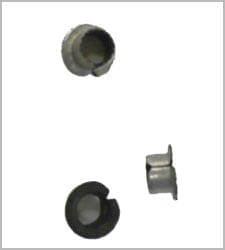 This automotive bushing needed to be dropped vertically into an assembly station. 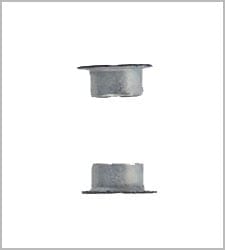 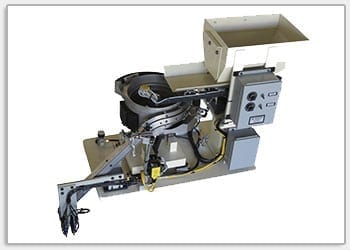 We saved our customer the expense and space consumption of a second feed system by designing a single vibratory parts feeder bowl that discharged two lines of parts with one line on top of the other (multiple-line feeders are typically oriented on a horizontal plane). The top line oriented the bushings with the flange up and the bottom line oriented the bushings with the flange down. 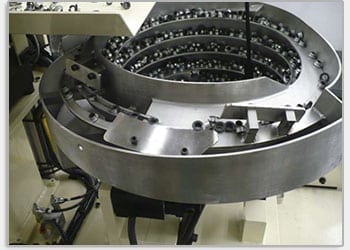 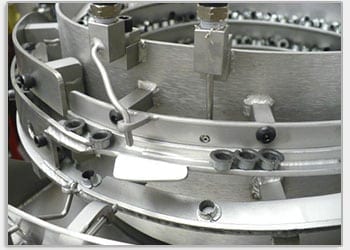 Once proper orientation was confirmed, the lines were converted to vertical and confined for discharge. 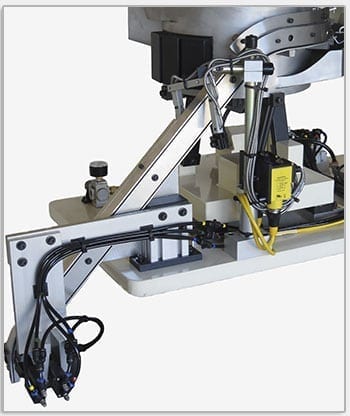 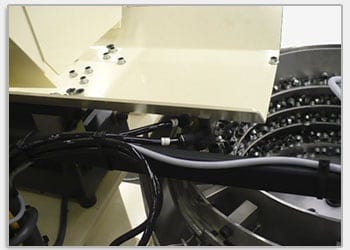 An auxiliary supply hopper with 1 cu. ft. of bulk parts storage included a bowl level sensor that automatically maintained the proper amount of parts in the vibratory bowl.

This short video shows the bushings as they exit the vibratory feeder bowl and are separated into two lines to correct the orientation. The metered escapement mechanism then discharges the parts one at a time, ready for the next step in the manufacturing process.